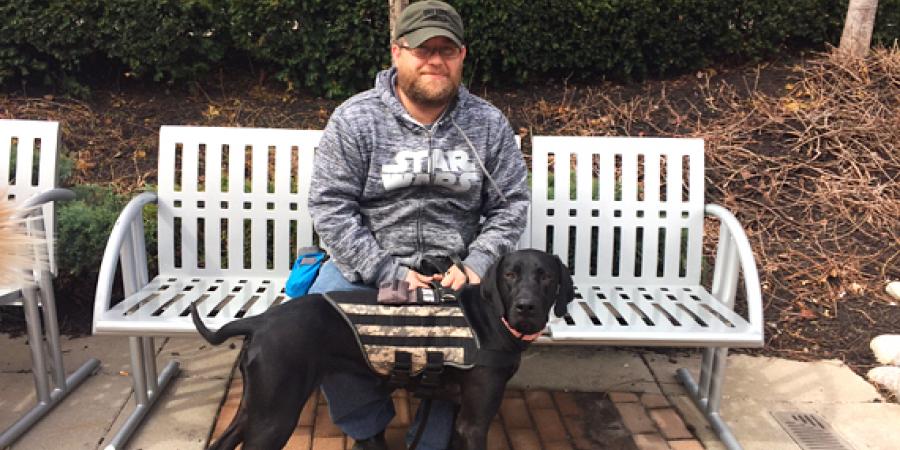 For as long as I can remember I’ve lived a military lifestyle. My stepfather was in the Army, so I spent all of my childhood moving from place to place every two years. Growing up, all I wanted was to live in one place. However, when I turned 18 and graduated from High School my desire to get out of my parent’s house was even greater, and I ended up joining the army.

At the beginning of my career I worked as an Aircraft Mechanic and then transitioned into several different roles joining Special Forces and being reclassed as Weapons Sergeant, then Sniper, Machinist, and Welder, and last, Prison Guard. I was deployed twice to Iraq and three times to Afghanistan. During this time I was exposed to RPG explosions and witnessed the loss of several members of my unit. After my deployments I served as a Prison Guard in Cuba, Fort Sill, and then Fort Leavenworth.

I sustained injuries in combat that has left me with chronic knee, joint, and lower back pain and migraines. A part from physical injuries sustained during combat, I suffer from night terrors, insomnia, and daily anxiety that prevent me from living life the way that I would prior to my deployments. A few years ago I tried to attend school, but became frustrated with my inability to focus on the lessons because of anxiety and paranoid feelings in the confined classroom setting. At times I would suffer from major panic attacks. Most social settings are difficult and overwhelming, and as a result, PTSD has made me feel like a prisoner of my home.

I’ve always felt bonded to dogs, and thought that a service dog was the best angle for me to treat the symptoms of my post traumatic stress. Ultimately, with Nani I most desire just to be able to get out of my house without needing a family member present. One of the triggers of my PTSD are loud noises, such as thunder, and in the past it has been very difficult to attend my children’s band concerts. These are experiences I feel like I miss out on, but looking towards the future, anticipate enjoying with Nani by my side.

For veterans who are coping with PTSD, what I would like for them to know is that PTSD is not the end—it’s just the beginning of a new, different life. There are many ways to treat PTSD. Do the work to find out what works best for you. For me, part of the solution is in the form of my new service dog, Nani and the bond we’ll form together.