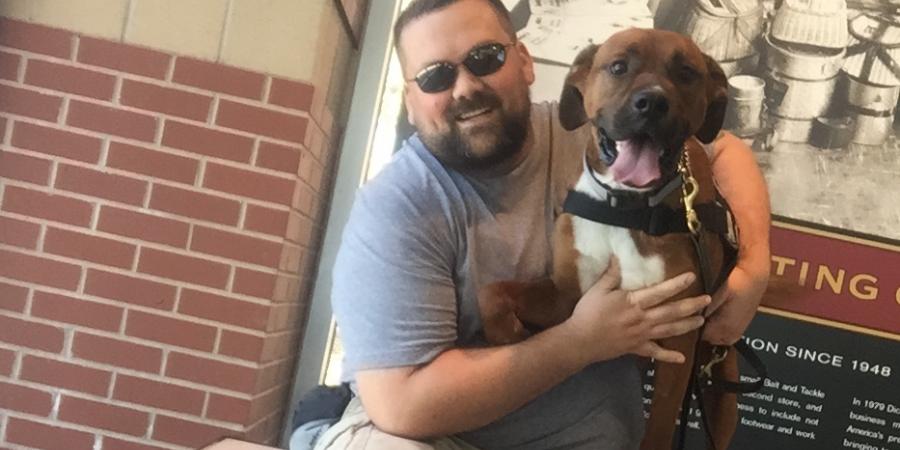 Military service is a long tradition in my family, but in spite of this fact I didn’t have much interest in serving myself initially. After high school I worked several positions including a call center, manager of a nightclub, manager of a cell phone store, and then hanging gutter. On September 11th 2001, I received a call from my dad telling me that the world had just changed and to turn on the TV. I was 23 years old when I joined the Army.

I served from 2003-2010 and deployed thwo times. Over the course of my deployments I assumed many different roles including acting Platoon Sergeant and Vehicle Commander. I participated in everything from convoy missions, night raids, providing humanitarian aid, and conducting watches. I was deployed to Mosul from 2005-2006. During this first deployment I was shot in the right shoulder at an Iraqi checkpoint and was back at work only 20 days later. While deployed I reenlisted and was sent to Baghdad in 2006 and then was deployed one final time to Baqubah from 2008-2009.

I first became aware of my PTSD shortly after my 1st deployment but ignored the issues as I had been trained to do—which was to keep my mouth shut and fight through it. Initially, spending time with family and drinking after work was my method of dealing and distraction. But after my second deployment my PTSD got worse and these methods couldn’t contain my issues. I had an anger problem, nightmares—I didn’t sleep well. Eventually, I went to a psychiatrist and tried so many ways to help cope including medicines, groups, and even holistic treatments. At the end of this line I started to do a lot of research on service dogs, and after talking more with my psychiatrist I believed that this was the right course of action for me.

Half-way through Handler Training with Bosco, I know I was right. I can already tell a difference. Before Bosco I would have never been able to go into a grocery store that I had never been to—Regardless of what I needed, I just wouldn’t have gone. But with Bosco, I had this assurance going into it that I could get through it. When I left the store I was surprised by how relatively at ease I felt. Bosco will give me someone to love and be responsible for again like when I was in the Army. And like me, he’s also been through some really difficult experiences.

Bosco was brought to the shelter after being rescued by a group who believes he was used for dog fighting. He’s been through a lot and I never want my to do anything that would put him in a situation where he would become hurt or scared. I’m really excited for our bond to continue to grow—he’s giving me a greater sense of freedom and independence in my life and I’ll be the person who he can trust and who will love him the way he deserves.