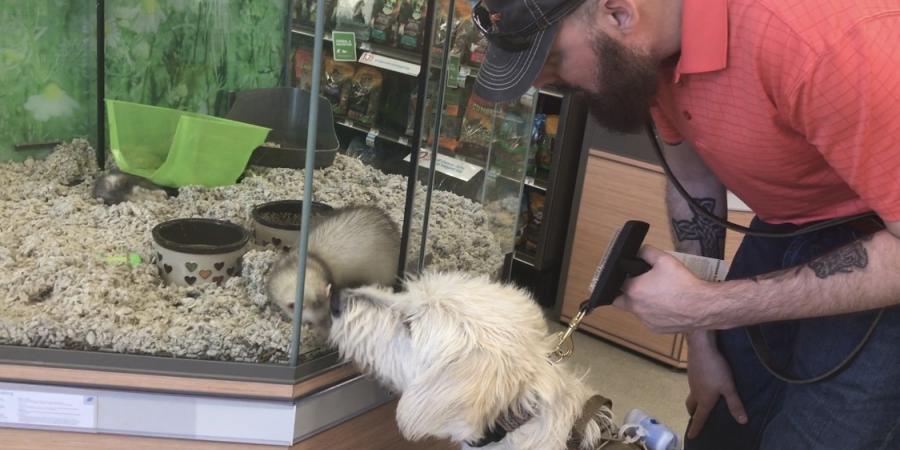 I was born and raised in rural Oklahoma. Growing up, many of my family members served—Navy and Marine, and I spent a lot of time playing “Army.”  I always knew that one day that’s what I would do.

In total I served my country for 25 years. I enlisted in the Army in 1990 and retired in 2015 as a First Class Sergeant. Over the course of my career I fulfilled many different roles. When I was deployed to Afghanistan in 2011 I was a truck driver with the Ford support company for an infantry battalion. During this time I sustained a Traumatic Brain Injury, and returned with other wounds that were less visible from the outside.

This seems to be the most difficult thing to explain about PTSD—the internal struggle. Many people are familiar with the symptoms—stress, anxiety, night terrors, insomnia, depression—but it can be very difficult to detect when these symptoms are manifesting. There are times when I am having a panic attack in the middle of the store, but no one from the outside would have any idea, no clue what is happening to me on the inside.

Since I was diagnosed with Post traumatic stress in 2015 I rarely venture outside of my own home. Being around crowds and confronting situations that are unpredictable is extremely difficult—something that I avoid altogether if I’m able which has caused me to become isolated from people and completely prevents me from being able to do some of the things that I love to do.

In the past, several people mentioned to me that they believed that a service dog could make a positive difference in my life. Growing up I was always surrounded by dogs, family pets. There was no doubt that I loved dogs and understood what people meant by the special bond that people have between animals. I just wasn’t sure that I was ready for a service dog, for my PTSD to be outed in this way. But with time and a lot of research I came to the realization that maybe my friends and family were right, and that this step was worth the risk.

I’m so glad that I took that risk. Not even a week into training, Charlie has already made a difference in my life. He loves to cuddle which helps me to unwind at the end of the day and he’s ALWAYS happy. He helps me to get through places or situations I would entirely avoid—public places, crowds, loud noises, bright lights—because I know he is there. With Charlie I look forward to his companionship, to being able to go hunting and fishing again like I used to. Above all, I‘m most excited to live a more independent lifestyle, to have the sense of freedom and confidence to go wherever or do whatever I want.